The Queen’s Baton to tour Australia

The Queen’s Baton for the Birmingham 2022 Commonwealth Games will tour Australia, during Her Majesty’s Platinum Jubilee year.

The Baton, which serves as a symbol of Commonwealth solidarity, features a platinum strand which plays homage to The Queen in her platinum year.

The four-day Australian leg of the tour will begin on the Gold Coast on Thursday 17 March 2022 before the Baton travels to Brisbane followed by Sydney, Ballarat, and Melbourne.

As part of the tour, the Baton will be carried by Australian sporting icons Ellie Cole, Sally Pearson, Ian Thorpe, and Steve Moneghetti and make stops at Admiralty House and the Melbourne Cricket Ground.

The Baton is over halfway through its journey across the Commonwealth, visiting 72 nations and territories during its 294-day tour which concludes with the opening ceremony of the Birmingham 2022 Commonwealth Games in July.

To read more on the Queen’s Baton Relay visit Birmingham 2022 and Commonwealth Games. 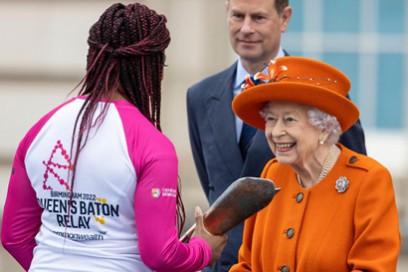