Australia Post, the Perth Mint and the Royal Australian Mint have announced commemorative memorabilia to mark Her Majesty The Queen's Platinum Jubilee.

Two new stamps have been released by Australia Post, a $1.10 stamp featuring imagery of The Queen at the beginning of her reign; and the $3.50 stamp of The Queen in present day.

The $1.10 stamp portrays an iconic image from The Queen’s 1952 photo shoot by official royal photographer, Dorothy Wilding. The photo shoot contributed to creating the likeness of The Queen for new coins and banknotes upon her accession.

The $3.50 stamp includes the photograph by Max Mumby of The Queen attending an event to mark the centenary of British Airways in 2019.

Both stamps feature a graphic rendition of St Edward's Crown, as well as the colour platinum in recognition of the Platinum Jubilee. A range of collectables accompanies the stamp release.

The Perth Mint, the nation’s leading gold producer, has released a trio of coins marking The Queen's 70 years of dedication and service to Australia.

The coins – two gold, and one silver – feature an identical design including the Shield of the Royal Coat of Arms alongside the floral emblems of England, Ireland, Scotland, Australia; and The Queen’s first (1953) and current (2019) coin effigies.

The Royal Australian Mint, the sole producer of Australia's circulating coins, will release a commemorative 50c coin from 5 May. The coin will depict intertwining golden wattle branches, the national floral emblem of Australia; and the lily of the valley flowers, The Queen's favourite flower. The centre of the coin will include The Queen's Royal Cypher.

Inspired by the iconic 1977 Silver Jubilee 50c coin, the Platinum Jubilee coin will also feature a fan of 70 crowns set behind a central St Edward's Crown.

For more information on the commemorative memorabilia visit the links below. 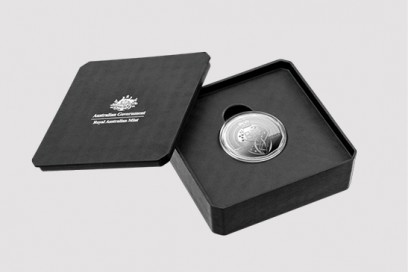