Her Majesty The Queen

For 70 years, Queen Elizabeth the Second reigned as Australia’s Head of State. During her reign, The Queen visited Australia 16 times and saw more of this country than most Australians, visiting every state and territory.

The Queen consulted with 16 Prime Ministers and 16 Governors-General served in her name. She was the patron of more than 20 Australian charities and associations.

When visiting Australia in 2002, The Queen said:

‘For myself, I thank all Australians…I declare again…that my admiration, affection and regard for the people of Australia will remain, as it has been…constant, sure and true.’

For more Information relating to the passing of Her Majesty The Queen, including information on how to leave a message of condolence please visit pmc.gov.au. 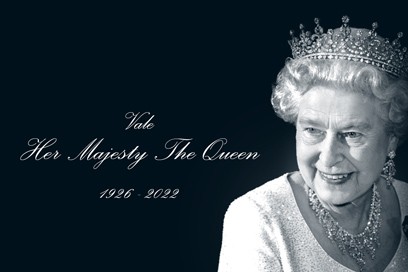